Who knew so much interesting stuff could come out of a simple “best beer” list?

First, we saw how Zymurgy’s best beers that have been around for some time may lose favor with beer drinkers when compared to all the changing options they have today. Then, it became clear that beer lovers might overvalue their adoration of Sierra Nevada brews.

The common thread between the two seemed to be the threat of becoming “boring” to consumers in an industry that is constantly shifting and adjusting products to offer beer enthusiasts.

So what’s left now is the question: what isn’t boring these days?

When it comes to enticing beer lovers, it’s no surprise that the IPA is king. Looking specifically at last week’s “Best Beers in America” poll by Zymurgy, the top eight spots on the list are occupied by two IPAs and six double IPAs. Because of course.

In all, 30 of the 50 beers picked by voters to be among the 50 “Best Beers” in 2014 are officially IPAs or double IPAs by style, but that doesn’t count hoppy pale ales like Dale’s Pale Ale, which Oskar Blues calls “voluminously hopped mutha,” Three Floyds Zombie Dust or even Nugget Nectar by Troegs, which is an “American amber.” (read: hopped-up amber)

But even if we leave the hoppier non-IPA choices in their respective categories, it’s clear what Zymurgy’s voters prefer over the last three years:

What strikes me about those numbers is the decline in “other” beers, which over this time span include wild ales from Russian River (working that rare angle to boost interest) or Left Hand’s Milk Stout and Nitro Stout. Believe it or not, 2012’s Zymurgy list had two pilsners and a bock. (gasp)

This trend in the Zymurgy “Best Beers” list actually goes against what I saw in RateBeer’s “best” rankings, but not only in the style of beers people are rating highly.

In my study of RateBeer’s top-20 brews (the best of the best), I noticed a downward trend in ABV, which was accompanied by a wider variety of styles outside of just an IPA or imperial stout. With Zymurgy’s list, the ABV is actually going up for their 50-best beers, although slowly:

That’s a minimal increase of less than half a percent, but it’s something, at least. Especially when you consider that many of the beers on Zymurgy’s lists appear consistently year-to-year. The reason for the jump between 2012 and 2013 was the inclusion of four more double IPAs.

To take this a step further, I also broke down Zymurgy’s lists by the top-25 and bottom-25 to compare ABVs. What I found might be no surprise – the “better” beers will typically offer more kick:

The change in ABV is stronger when looking at the top-25, which increases by .56 percent. When considering the bottom-half of these lists, remember that the greatest volatility will come from that area, as people will be more set in their ways of what they consider “best.” For example, 14 beers that were top-25 in 2012 were also top-25 in 2013 and 2014.

What interests me about this information is the context of how it differs from what I studied with RateBeer’s lists..

RateBeer’s voters will skew toward rare and specialty brews to fill up the “best of” list, which means it’ll feature beers that most people can’t get or don’t want to sell their first-born to get. Zymurgy’s list, meanwhile, is a straight public vote that showcases more widely distributed beers that are easily obtainable. 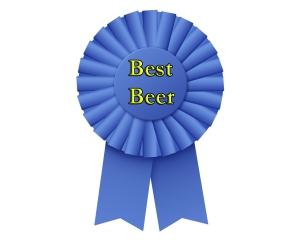 To me, that seems to suggest that Average Joe and Jane Drinker may still consider higher ABV brews as better, especially due to interest in IPAs. On the other hand, the most excited of our beer enthusiast community are enjoying the flexibility of different styles that also come with lower ABVs.

While session IPAs are all the rage right now, it’s still important to remember that some of the biggest product launches by Big Beer companies in recent years have been focused on high ABV. Bud Light Platinum and Black Crown both clock in at 6 percent while Miller Fortune is 6.9 percent. Bud Light’s “Rita” line of drinks are some of the fastest-growing malt beverages in the country and sport an 8 percent ABV tag. IPA, the unofficial style of the American craft beer movement, will usually have an above-average ABV.

This is just to point out a general trend that Big Beer companies have equated craft beer interest with higher ABV and we’ve seen adjusted product lines to try and capitalize on it. When it comes to craft-focused drinkers, it’ll be interesting to see if the rising ABV trend continues with Zymurgy’s list, as it may just be lagging behind the popularity of lower ABV IPAs and sour beers.

In spite of all this, I was really happy to see Boulevard’s Tank 7 with a good showing in Zymurgy’s 2014 list, appearing 25th overall. Even though the farmhouse ale has an 8.5 percent ABV, it’s a sign of changing tastes that may showcase drinkers’ preference for something new and eventually, something with a lower alcohol content.