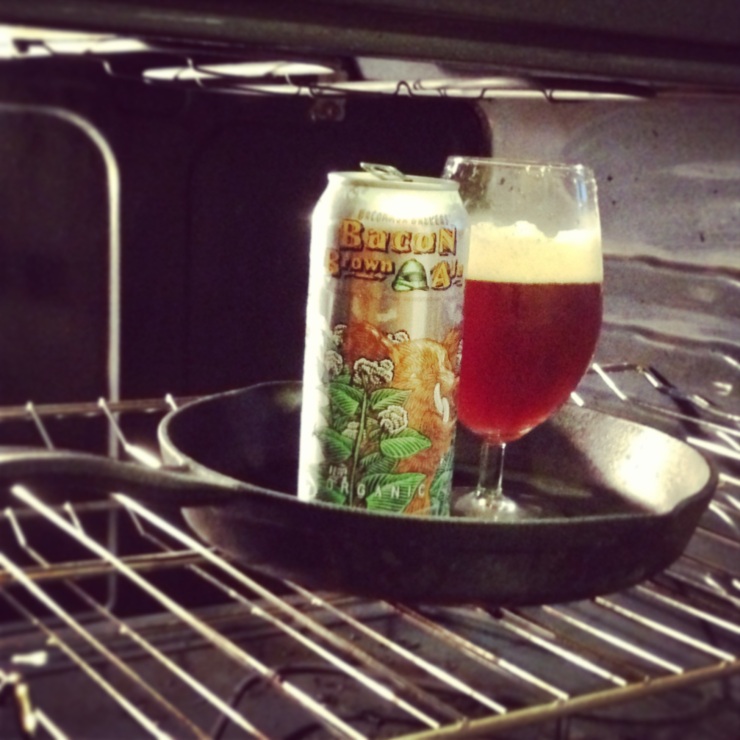 Like any good American food product these days, Uncommon Brewers cashed in on the bacon craze and is perhaps best known for their “Bacon Brown Ale” due to press they received when it was released. The Santa Cruz-based brewery said they used some kind of innovative method to extract the flavor without fats and oils being included in the beer, which is a big no-no.

But did you know they make other beers, too? I was lucky enough to get my hands on the full canned lineup of Uncommon’s beers recently, which were brought down to North Carolina from Pennsylvania. How do these beers shape up? Well, it’s a very mixed bag…

At the risk of sounding too clichéd for an American, this one could use more bacon.

Uncommon uses real bacon in the mash process (somehow) to try and derive meaty flavor into the beer. I’ll be damned if they managed that.

Brown ale is certainly a solid choice for that effort, but I never smelled anything resembling bacon and mostly just got a maple sweetness, which I suppose could qualify as “bacon-like.” Otherwise, the aroma was simply malty.

With barely any carbonation – perhaps from the oils/fats of the bacon – the beer felt smooth, but heavy for the style. It had light, smoky flavors and was a touch sweet, although normal for a malt-forward brown ale. If anything, it came off as a baby version of Rogue’s Maple Bacon Donut Ale.

I’m glad I tried this for novelty’s sake, but this is not a good beer.

This beer certainly lives up to the “Uncommon” name, taking what is typically a straight-forward, warming beer and adding something extra to it that would make it or break it for a beer drinker.

Brewed with a whole licorice root, there’s no missing it’s pungent, spicy smell. A dose of anise essentially doubles down on this aroma, adding black licorice smells. I really wanted to find pleasant notes of malt that you’d normally get from a Baltic porter, but nothing was heavy enough to come through all the licorice smells. It just came off as muddled.

The beer was surprisingly light in body given its heavy, dark appearance. There was little acidity but a very dry finish. All I could taste was anise. Your call on if that’s good or bad. 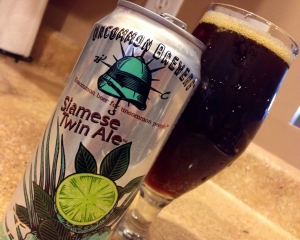 Like the Baltic Porter, this beer takes a new spin on a classic style. This is a Belgian-style dubbel seasoned with coriander (not out of the ordinary) and Thai spices (out of the ordinary). This may be the first beer I’ve come across that is specifically brewed to be paired with curry.

I couldn’t get past the malt characteristics of this brew, with raisins and figs leading the charge on my nostrils. I picked up tons of bready smells that reminded me of a fresh mash of grain. At 8.5 percent ABV, there was a lot of booze on the back end of each whiff.

I can’t comment on the flavor of this beer other than it was disappointing. Candi sugar taste mixed with grape is what initially came to mind. If anything, all of the individual flavors that were supposed to come through were simply a muddled mess.

This is a straight-forward golden ale that relies heavily on fruity aromas. The use of poppy seeds gives it a very herbal smell that works nicely with lemon citrus accentuated by pale malts. I’m not sure what “California yeast” strain Uncommon used, but it gave off light Belgian esters that included banana.

There was surprisingly little flavor, although I suppose you could argue Golden State Ale tastes exactly how you might expect – a light, golden ale with Belgian accents. Ripe fruit and herbs (poppy) dominate with jabs of dark nuts every now and then.

Is it worth it?

Either way, save your money and find some other new beer to try.

11 thoughts on “Uncommon Brewers Lineup: Bacon Beer and Why You Shouldn’t Care”