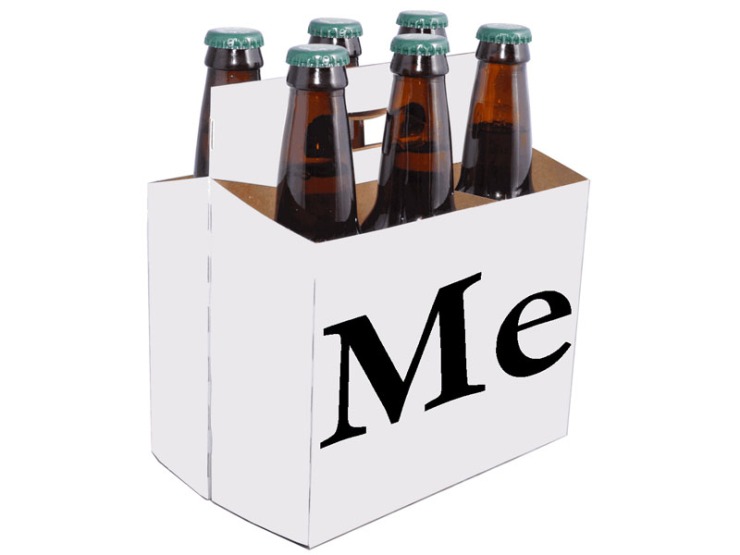 The pursuit of the American Dream is so ingrained in our cultural fabric that idea of making something better bleeds red, white and blue into many aspects of our lives.

It’s our inalienable right to be bigger, faster, stronger, hoppier, tastier – a byproduct of the entrepreneurial spirit so tethered to ideals of American Capitalism.

If a business can’t meet our needs, that isn’t a disappointment, it’s an opportunity! A chance to lift our ever-proverbial bootstraps and not just fill our wants, but presumably those of other like-minded folks all over.

We are traveling along in a rather unprecedented period of business, where ideas can be fueled with a few strokes of a keyboard every day. More than ever, we find new ways to drive personalized solutions. It’s not so much about thinking in terms of “us” as it is about “me.”

It’s in our advertising, education, politics, TV and digital space.

It’s the personalization of consumption, which is now coming for our beer. Whether that’s good or bad is (fittingly) up for us to decide. But whatever your stance, it was probably inevitable.

The idea of personalizing a product shouldn’t necessarily come as a surprise, especially if you buy into the thought that humans are a naturally selfish animal. In beer alone, we have come to be bombarded by products offering the opportunity to make a beloved brew more “you” by perfecting a pour, enhancing flavor or making it like a tea. Innovation isn’t just at the moment of birth for a beer, guided by a brewer in a delivery room of giant steel tanks and agricultural ingredients.

It’s now meant for the enthusiast at home.

The most confusing part of these new gadgets and add-on “enhancements” isn’t because we’re at a lack for options. By one estimate from Beer Marketer’s Insights, there were more than 800 IPAs available in U.S. grocery and convenience stores in 2014. Across the board, there are more beer brands available on a daily basis.

Rather, the onset of individualized opportunities and new ways to enjoy a beer is a logical step for a maturing consumer base. At one point or other in many product cycles, people want control.

And I don’t just mean in the wild growth of homebrewing, which featured an estimated 1.2 million Americans making their own beer as of last year. There’s simply an increased push for consumer experiences to be focused on you.

“Our customers are not holding back,” Cindy Davis, executive vice-president of global customer insights and analytics for Wal-Mart, told Food Business News this month. “They are telling us what they want from a physical and digital experience. Specifically, they want it to be simple, empowering and personalized.”

This isn’t new, either. In the heyday of those overly processed, in-demand lunch boxes known as Lunchables, success wasn’t because of the food itself, it was because of the psychology of putting a person in control of their food choice.

“Lunchables aren’t about lunch,” Bob Eckert, then the C.E.O. of Kraft, put it in 1999. “It’s about kids being able to put together what they want to eat, anytime, anywhere.”

The driving factor of products like Lunchables, or flavor-enhancing beer liquids and tea bags, is found at the intersection of power and choice, two fundamental forces that govern human behavior. It’s true that the consumer is not the brewmaster, but perhaps it’s also worth considering the internal value of what it feels like if we make them such.

Control is a central animating force in human behavior, and it operates much like thirst. The need to drink emerges only when water levels are depleted, it can be satiated through taking in a variety of fluids, and once one has drunk enough, there is no further benefit from drinking in greater quantities or from different sources. As the current studies demonstrate, power satisfies the thirst for choice, and choice quenches the desire for power, because each replenishes a sense of control.

Whether right or wrong, people crave personalization. Given the vast array of options at any beer store, taproom or bar, we might assume that is comfortably covered. But there is apparently ample opportunity with beer, despite with more than 100 styles to provide us with varying layers of bitter, sweet, tart and more.

Entrepreneurs breathe great life into this booming business, but perhaps we just didn’t realize the American Dream applied to our taste buds, too.

1 thought on “The Personalization of Beer”