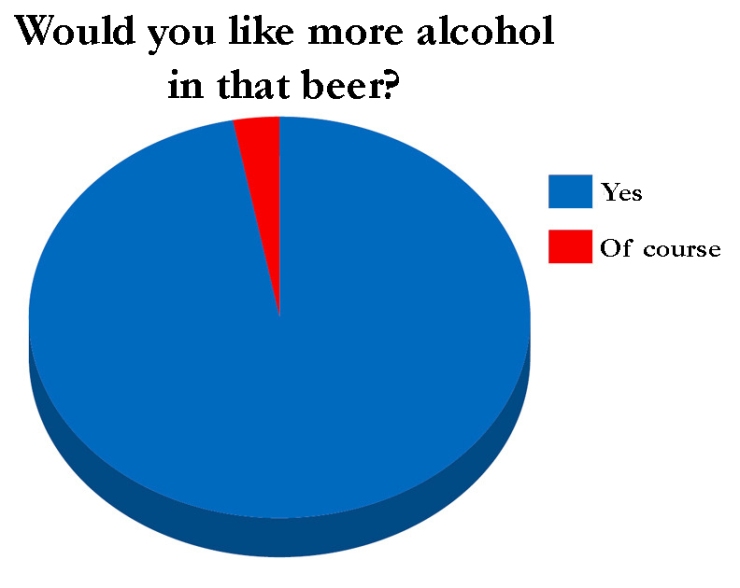 In recent weeks, I’ve been slowly pulling together research for a special project to compile nearly all the work I’ve performed in regard to ABV, style and beer rating bias into one compendium of sorts.

As I put the finishing touches on the effort, I’ve created several new charts to help tell the story of drinker preferences based on research from Rate Beer and Beer Advocate.

You can click any of these charts to enlarge.

This work is based off of this month’s look at Rate Beer’s annual best beer lists.

Firstly, this chart represents the “best of the best” from each year of the website’s “best beers in the world” collection. It’s the average ABV of the top-25 beers from each list over the past 10 years. 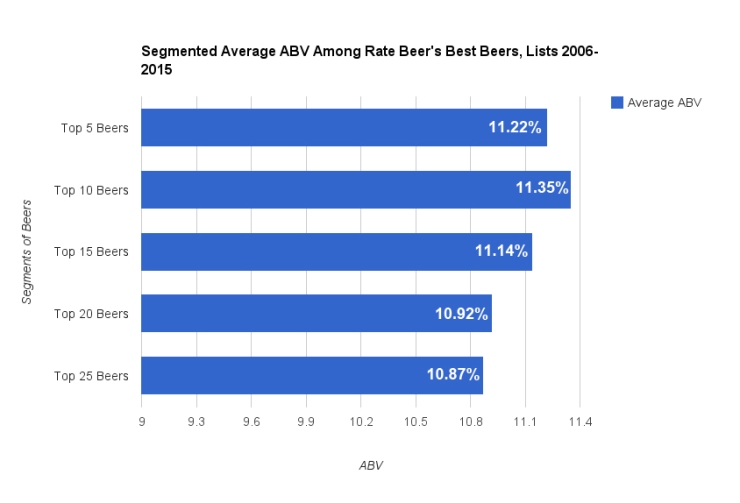 This chart focuses on the average alcohol content of the same segmented collections, but averaged over the full 10 years. The ABV percentages reflect the average of segments between the 2006 and 2015 lists. Even if it seems minor, a drop of about .5 percent ABV from the top 10 to top 25 displays a unique change when we’re talking about a relatively small collection of beers.

This collection is based off research from a series of posts I released in November. The data collection happened in the last week of October 2014 and focuses on comparison of the three most prominent styles: imperial stouts, IPAs and double IPAs.

The averaged ABV of imperial stouts, DIPAs and IPAs in comparison to the full list of 507 beers from across the country, containing the top-10 beers from every state.

IPAs, with a lower average ABV (6.89 percent), saw a lower weighted rank along with its lower ABV, but the number of IPAs on the list (99) showcases the assumption raters prefer the style.

The difference between the weighted rank averages of an IPA and DIPA mirrors previous research demonstrating bias toward “imperial” beers. When comparing “regular” IPAs and stouts against “imperial” versions of the same styles, denoted by higher alcohol content, it was found that beer drinkers gave imperial versions a score 5 percent higher than the regular style. In the case of the Beer Advocate ratings, the weighted rank of regular IPAs vs double (imperial) IPAs was 5.2 percent.

This chart shows the average weighted rank of beers when segmented into categories of ABV. Oddly enough, the weighted rank of 3.74 given to beers at 5 percent ABV and below is roughly equivalent to the 3.75 median rank Beer Advocate provides to their beers. As ABV strength grows in each segment, more styles of expected high alcohol content are added, including imperials, barleywines, strong ales, etc.

13 thoughts on “6 Charts That Show We Love Being Boozehounds, or: An Analysis of ABV and Ranking Bias”