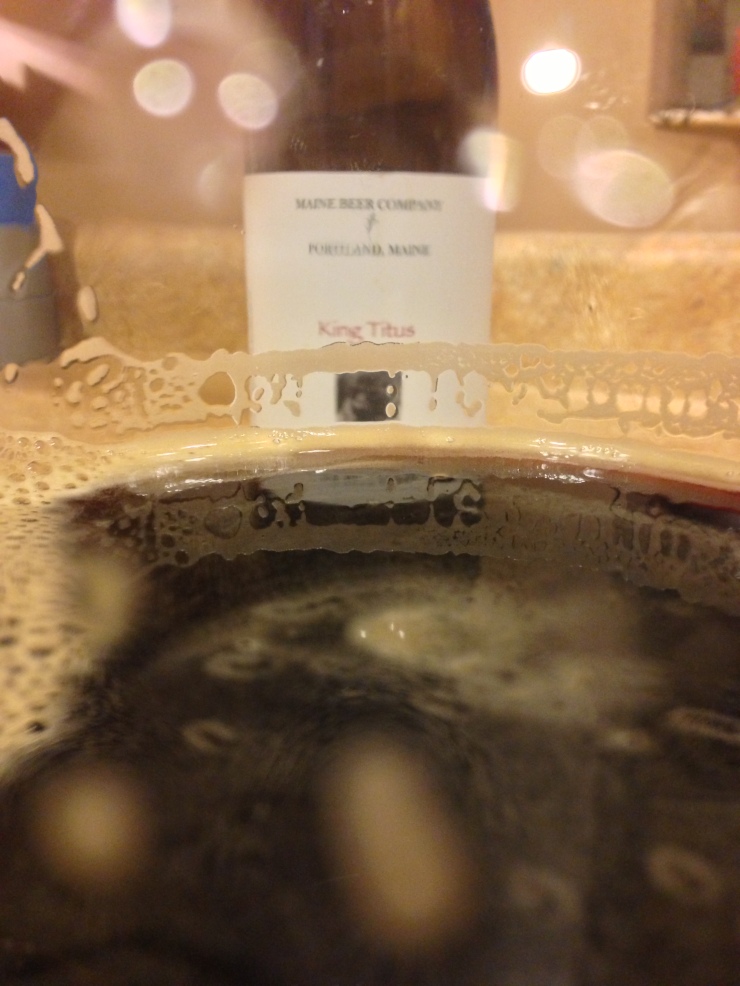 I gladly leave the background of this beer and its name to Friend of the Program, Scott, over at Beerbecue. Something about gay gorillas…

Titus impregnates some gorillas behind Beetsme’s back, takes over the troop, doesn’t learn sign language, doesn’t maul any humans for making eye contact, doesn’t not maul a pet kitten, and doesn’t paint a picture of his dead pet dog.

Since we’ve got that out of the way, I’ll put this out there – Maine Beer Company’s King Titus is pretty basic and pretty straight forward. That doesn’t mean it’s boring. It’s also got a 92 on Beer Advocate, to boot.

While Maine Beer’s Peeper Ale was an ode to all things great and American in a US-version of the pale ale, King Titus is a truly Americanized version of the porter. A good hint of that is its 7.5 percent ABV, pushing “imperial” status for the style compared to the typical 5 to 6 percent you’d find with most regular porters.

While 2-Row barley sets the stage as the base grain of this malt-forward brew, its other malt is what steals the show. Two different kinds of Caramel, Munich and Chocolate malts and roasted wheat make for a muddled concoction of bread, toffee and chocolate aromas with the most notable smell very close to super dark, high-cocoa chocolate you might find from Ghirardelli. The smell of King Titus is a little bitter and not too sweet, although that might helped by Centennial and Columbus hops. Both are dual purpose – commonly used for either bittering hops or flavor/aroma – thanks to their high alpha acid content. No true hop smells are noticeable except their complementary efforts of bitterness. 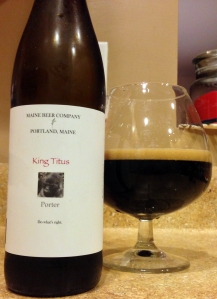 The same can be said for this beer’s taste, which is all biscuit and dry, dry chocolate. Like Scott points out, this beer is thin (I also found it smooth) but leaves your tongue rather chalky with the distinct aftertaste of spent grain. Again, a residual effect of all those malts. There’s plenty of roasted flavor to go around thanks to both roasted wheat and oats.

At no point did the alcohol strike me – either in the beer’s aroma or taste – but I do feel like I would’ve enjoyed a King Titus in a smaller amount. It’s simplicity is pleasant and creates a straight-forward drinking experience, but the dryness proved to be a bit much on my palate by the time I reached the bottom of my glass.