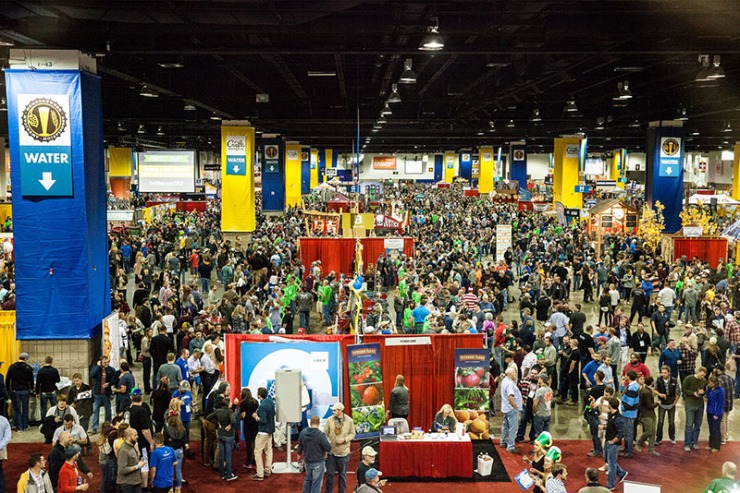 I may have made a beer fest faux pas. I had a plan for the Great American Beer Festival.

Not necessarily a long, marked up sheet with beers I wanted to try – that can simply be disastrous with the pressure you put on yourself – but a short list of breweries I wanted to see. I was interested in their booths and what kind of attention they may receive from the thousands of committed beer lovers milling about the Colorado Convention Center.

The idea was to find these tables with hope of acquiring fodder for stories for All About Beer. I had good intentions. Things did not go as planned.

First on my list was BNS Brewing & Distilling Co., a Santee, California business that beat out more than 300 other entries for gold in the American IPA category at the 2015 GABF competition.

The top medal in the most-entered category for the country’s favorite craft beer style? Certainly it would be a madhouse!

Silly me. Quite the opposite, as I explain in this piece for All About Beer.

In fact, throughout my three days at the event, the lines for many breweries were completely counter intuitive to the bubble beer enthusiasts have created. By far, some of the longest lines were at the “sellout” breweries, long ago sworn off by drinkers: Goose Island, Ballast Point, Revolver and even Leinenkugel’s. On the other end of the spectrum, beer geeks lined up for Auburn, New York’s Prison City Pub and Brewery, which I knew had earned its street cred when a man wearing a Tree House T-shirt behind me told his friend, “I heard about these guys in Boston.”

Meanwhile, pFriem Family Brewers had a short and rotating collection of people and Breakside Brewing – which arguably makes the best IPA in the toughest IPA market in the country – was mostly left alone. Noble Ale Works, last year’s bronze medal winner for session IPA, was the same. It’s session IPA! The only box that needs to be checked on that one is a fruit addition!

But I get it. There are other factors at play here.

There’s a sense of accomplishment to waiting in line.

In context of the Great American Beer Festival, this is nothing new, nor is it likely to change. People will always be intrigued by what they can’t normally find or some special brew made for the event. Others will swear by a credo of never waiting in a line when literally hundreds of brewery booths don’t require it.

Somewhere in between, there’s a world class beer waiting for us. We just have to look for it.

Check out this story for All About Beer for more exploration about lines at GABF.

3 thoughts on “I went to GABF with a Plan. I Found This Story Instead.”