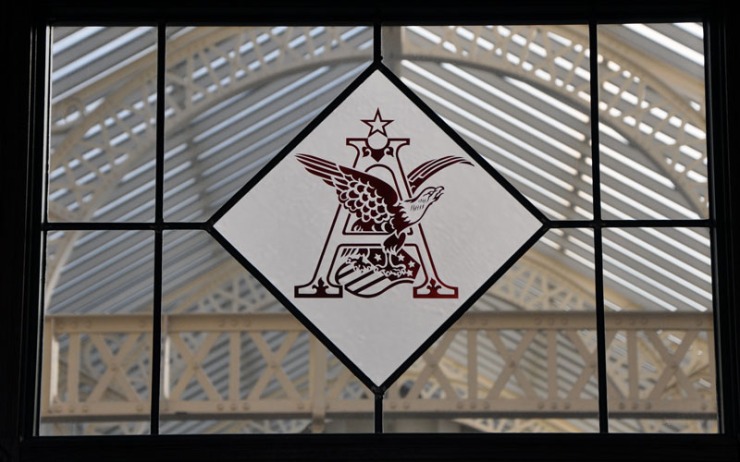 At the beginning of this month, I was presented with an invitation to travel to St. Louis as part of a very small media event hosted by Anheuser-Busch. As with many of these things, travel, accommodations and most food was provided for me.

The purpose of the visit was to get a first-hand look at AB’s Research Pilot Brewery, a 15-barrel system with which a staff creates batches of beer as experiments, to test new ingredients and brew control batches of traditional Budweiser.

During my time wandering through the halls, labs and fermenting spaces, I documented my trip on camera and occasionally pulled out my notebook to jot down details and memories. This was a one-of-a-kind opportunity to go behind the scenes and I wanted to share some of it with you. 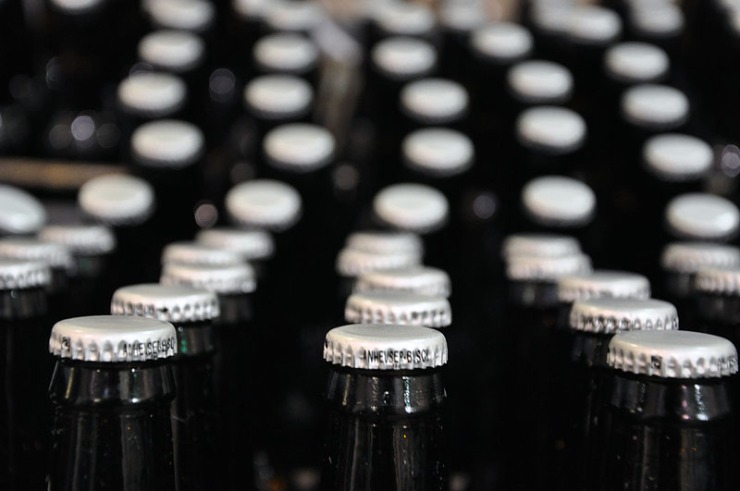 Every day, a collection of these and others are pulled and brought to conference rooms several floors away, where eight to 12 employees hold daily quality assurance panels. 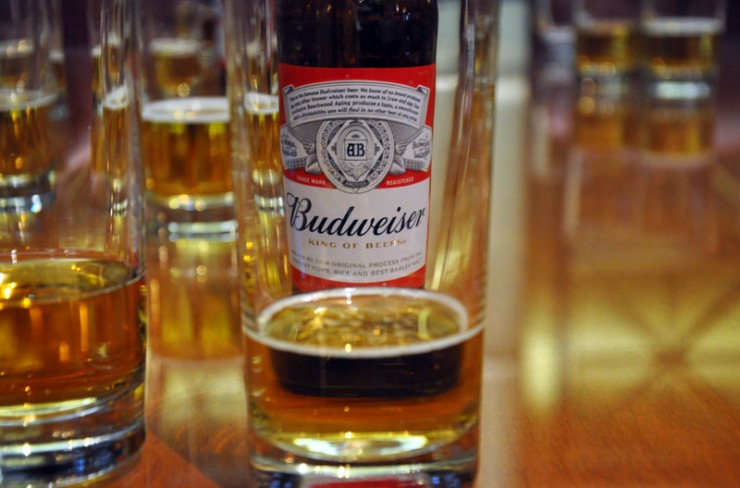 Our group first saw the aftermath of one of the panels, which featured a conference room table about 10 feet long covered with “fallen soldiers” – partially-consumed glasses of beer.

Those testing the bottles of Bud are there to work, not drink, so after each panel, tasters are required to take a breathalyzer test. Safety first. 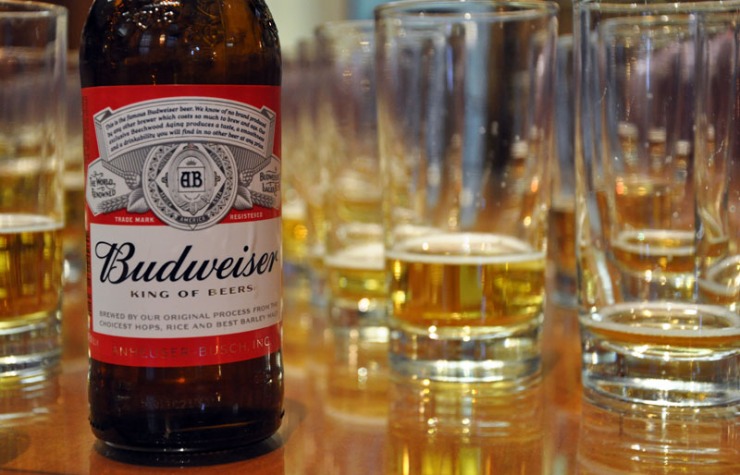 Along with tasting panels for Budweiser, employees also go through Anheuser-Busch’s lineup of brews, from Bud Select to Bud Light Chelada. 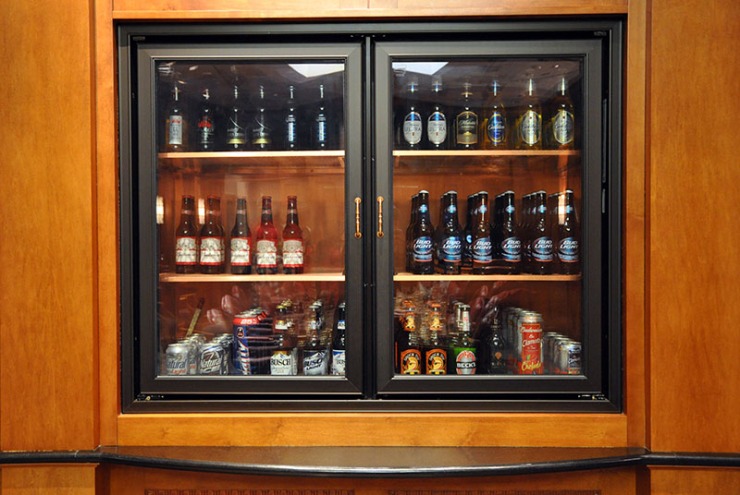 While I didn’t personally sign it, the tasting room we visited held a book with signatures of visiting brewers and industry professionals from the past 20 years. 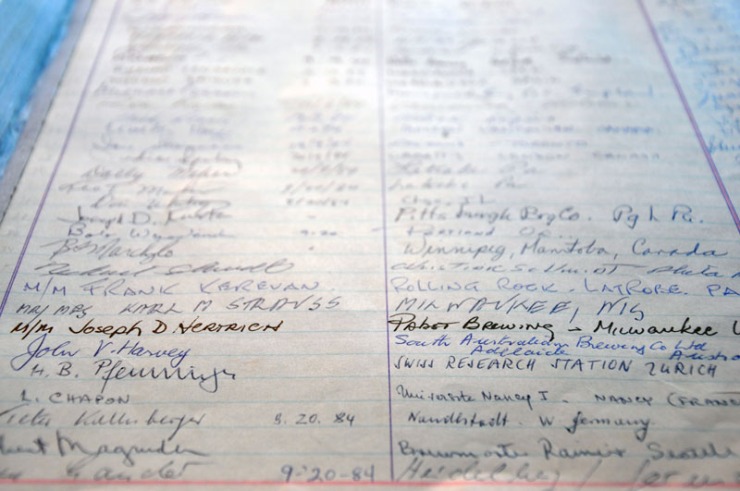 No matter how much people do rag on Anheuser-Busch, I’m yet to meet one person who won’t admit their commitment to consistency is nothing short of amazing. They have a team monitoring their fermentation progress around the clock to make sure nothing goes wrong. 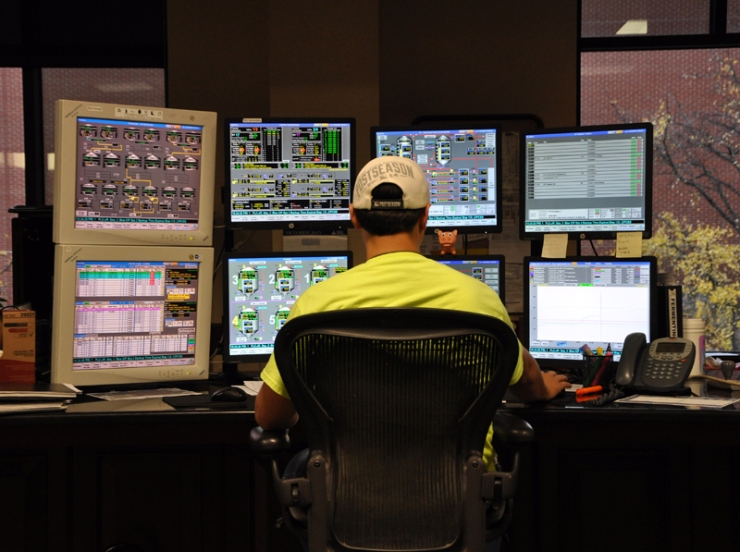 Below, Jim Bicklein, a 28-year employee and brewmaster, pulls a sample of Budweiser from one of their giant brite tanks. Each tank, the width of multiple plane fuselages and length of one, too, holds the beer before it’s ready to bottle. 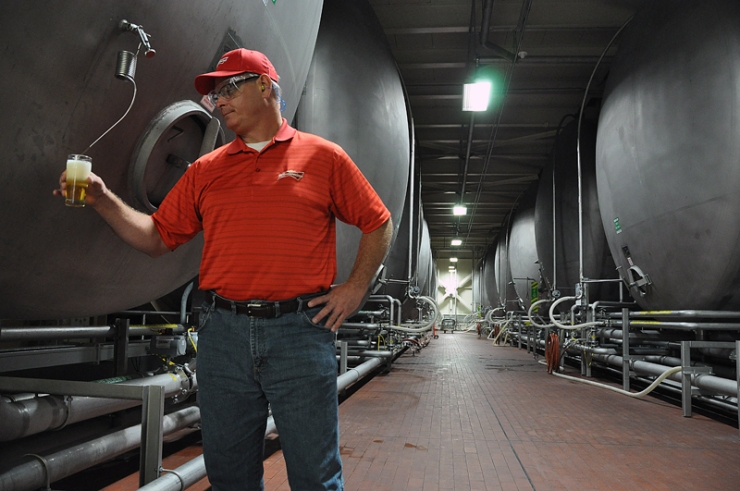 Throughout the trip, our group spent time with Rob Naylor, manager and brewmaster at Anheuser-Busch’s Research Pilot Brewery. On a daily basis, Rob works with his team to create a variety of experimental, specialty and one-off brews. 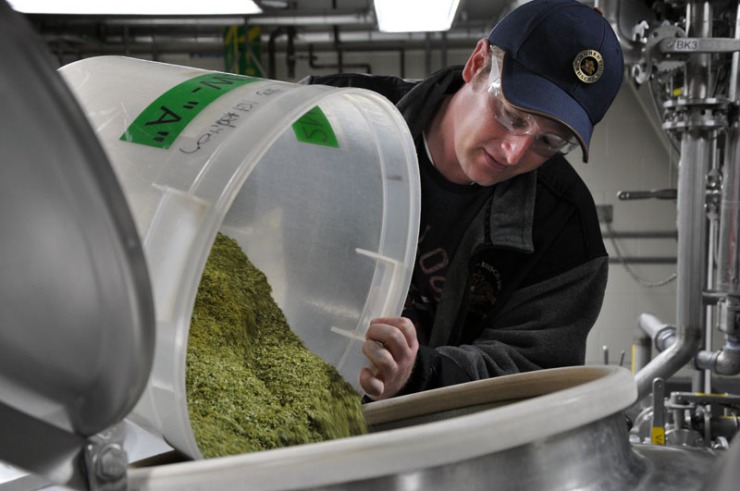 Throughout the Pilot Brewery, fermenting beer bubbles away based on recipes of Rob’s creation and that of his coworkers. Below, a batch of “Four Horses” ferments. Each beer is marked with a tag representing the project number (in this case, the 129th project) and the version of that beer (version seven for Four Horses).

The Research Pilot Brewery features 30 to 50 beers in development at any given time and has been responsible for every new Anheuser-Busch beer since 1981. 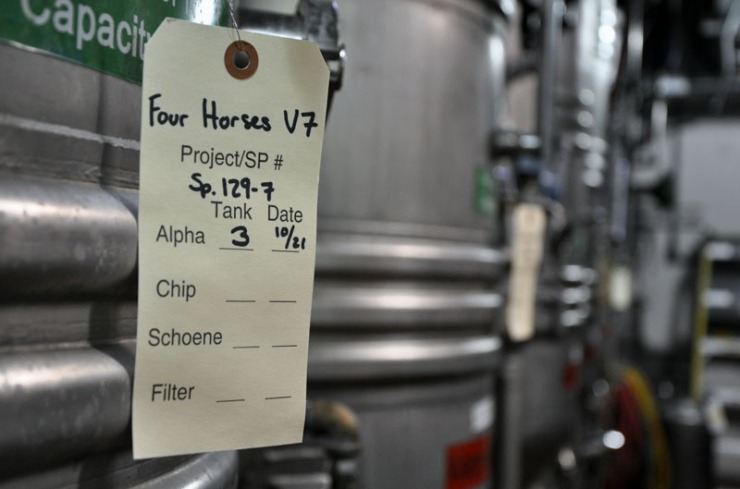 Of course, arguably the most important part of AB’s brewing process is its legacy yeast. 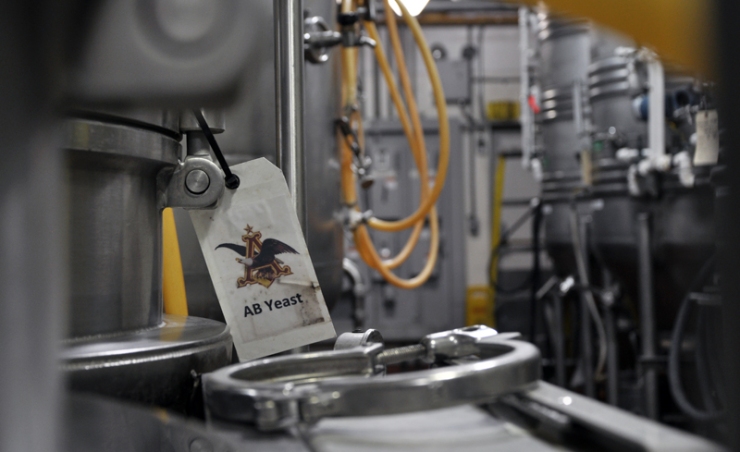 Vials of yeast are stored frozen to preserve the cultures, of which there are about 40 generations that exist at the St. Louis facility. Every Monday, a new shipment of yeast is sent to all of AB’s breweries around the world in half-barrel kegs. 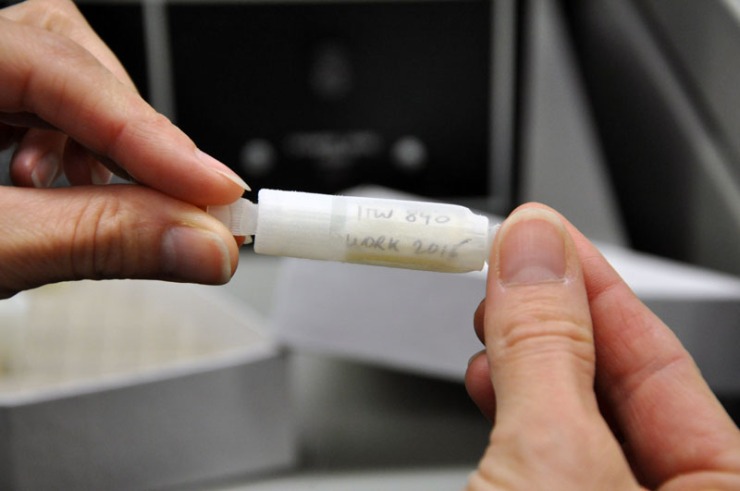 In all, the visit was a worthwhile educational trip that gave me better insight into Anheuser-Busch’s operational side and a chance to meet a variety of employees, from folks working in production up to the director of brewing, quality and innovation. Along with some photos, it also left me with some more questions to ask and story ideas for the future.

Back to the normal beertography next month.

7 thoughts on “Behind-the-Scenes Beertography: A Visit to Anheuser-Busch”