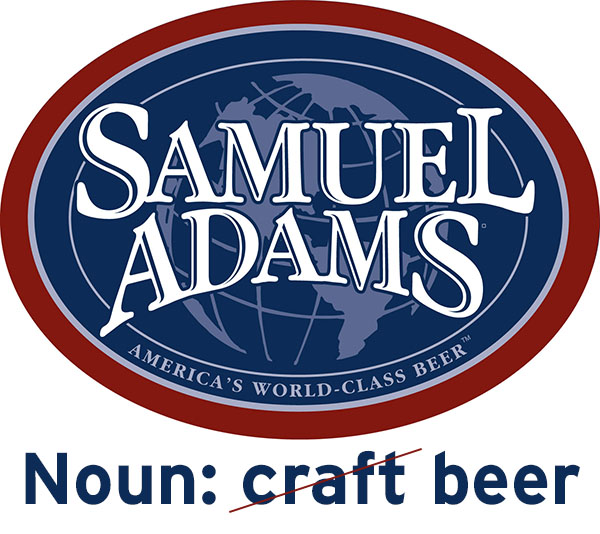 If you’re deep in the weeds of today’s industry – or if you read my recent Beer Money series – you’ve no doubt heard about the Fair BEER and Small BREW acts, opposing legislation that have been geared toward presenting tax breaks to the beer industry. The Small BREW Act was created to address only breweries producing less than 6 million barrels of beer a year, while the Fair BEER Act would benefit all brewers, including Big Boys like Anheuser-Busch, MillerCoors and Heineken.

Those attempts are now more or less scrapped in lieu of a bill known as the Craft Beverage Modernization and Tax Reform Act, which is jointly endorsed by the Brewers Association (“small guys”) and Beer Institute (all of beer) who were previously on opposite sides of the spectrum.

This new bill – with bipartisan support from beer trade organizations, just like Congress – does have one hiccup, according to this piece: it might push Boston Beer, maker of Sam Adams, out of the “craft” beer club due to tax relief tied to production limits of 6 million barrels:

…Boston Beer’s production in 2009 was roughly half of its 2014 total. That’s an average of more than 20% growth a year. If that pace continues, Boston Beer will be over the 6 million bar in less than three years and, for tax purposes, would be considered a macro.

But here’s the thing. None of these bills are likely to pass, so we don’t need to worry about definitions and labels – yet.

Because Boston Beer could still lose its “craft” definition, just not for the reason everyone’s talking about.

Let’s be clear about realities of the beer-centric legislation passing. According to GovTrack.us, these are the chances of bills being enacted, separated by the two chambers of Congress:

The millions spent on lobbying for these bills may not be money well spent.

Which is why the real story is about the growth and change of Boston Beer and what that means for its future as “craft.” Even though its Rebel family of IPAs has reinvigorated sales of some Sam Adams beers, the recent winners for Boston Beer aren’t beer at all. According to estimates by Beer Marketer’s Insights, hard cider and tea have been gaining steam:

These figures matter, as they begin a trend opposite of the Brewers Association’s craft brewer definition, which states that a traditional brewer produces a majority “total beverage alcohol volume in beers whose flavor derives from traditional or innovative brewing ingredients and their fermentation.” That doesn’t count cider (Angry Orchard) or flavored malt beverages (Twisted Tea).

To put that in perspective, Beer Marketer’s Insights also estimated current production rates of these brands:

If Sam Adams volume share were to dip below 50 percent, they would no longer meet all criteria to be “craft.”

In 2015, tea and cider production will inch closer to a combined 2 million barrels, and with good reason. In the first four months of this year, Angry Orchard and Twisted Tea accounted for 54 percent of sales in supermarket and convenience stores, according to market research company IRI. Angry Orchard is already the top-selling cider in the country and continues to grow. Twisted Tea is more popular in convenience stores than both Angry Orchard and Boston Lager and even passed Boston Lager and Sam Seasonals by volume year-to-date in IRI scans at grocery, drug, Wal-Mart, Club, Dollar, Mass-Merchandiser and Military stores.

Of course, this isn’t all doom and gloom. Sam Adams has been at the core of Boston Beer’s company since the beginning and production levels would still have to shift significantly over the next few years to worry about losing a “craft” designation. The collection of Rebel beers has performed well and Sam Adams is even bringing back retired beers.

But this is all dependent on whether or not you care about the definition of “craft” beer. Surely, Boston Beer does for sake of its history and role within the beer community, but perhaps “craft” as a definition isn’t as divisive as it once was when people simply want good beer.

Which is all to say, this is simply an exercise in language, and that changes all the time, much like public opinion. Will people stop buying Sam Adams because it wouldn’t have “craft” on its marketing materials? Probably not, but that’s not the issue at hand.

It’s how much people want to buy all the other products Boston Beer is making.