All week we’ve been sorting through the beers that drinkers go crazy for, but we’ve been focusing on the final product – what we pop open and quickly make us flock to Beer Advocate to sing a brew’s praises.

But today, we take a look inside the glass.

While we might have found the best beers from every state, I wanted to take it a step further and try to figure out how we might be able to create the “best Best Beer.” By using the list of each state’s best beers from yesterday and a little help from Friend of the Program Allen, I can offer you insight into the ultimate U.S. beer.

Can you hear that? The bellowing sound coming our way? Over Purple Mountains Majesty and above the enameled plain?

With an aroma of freedom with an aftertaste of exceptionalism, today we unleash the True American Patriot IPA.

This gets into the nitty gritty of beer nerdom, but what Allen and I have done is determine the composition of what would make the best American beer, per the ratings we’ve seen from Beer Advocate that favor IPAs, double IPAs and imperial stouts.

There were three set specifications for this beer:

From there, two optional aspects:

With all that in mind, we’ve created an all-grain recipe for what a batch of this beer would look like. Ladies and gentlemen, your best Best Beer our American palates care to muster:

Naturally, we wanted to include a variety of American hops to give this beer an IPA edge, but we also added a touch of Chocolate Malt to represent the American drinker’s yearning for all things imperial stout. Rest assured that the use of Munich malt would come from American maltsters, but if you want to really show those Germans that these colors don’t run, a substitute of Melanoidin Malt or Biscuit Malt can be made.

Lastly, Friend of the Program Oliver noted that it wouldn’t make sense to create this beer without a nod to bourbon, a uniquely American liquor and favorite for barrel-aging. So if applicable, we could also add some soaked wood chips or barrel staves. 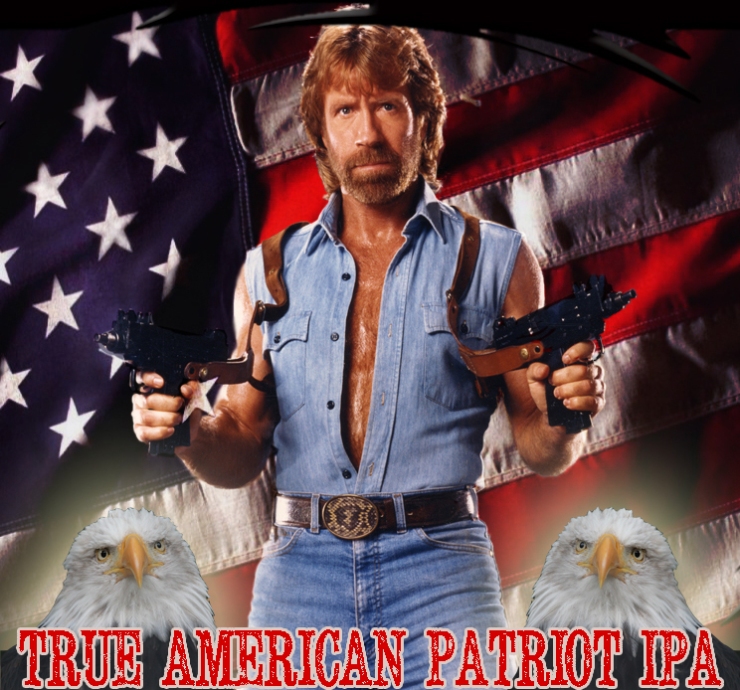 As frightening as it may be, I plan to create a version of this beer at home because someone has to, right? Results will probably be shared in a few months.

Now you tell me: what else would go into creating the Ultimate American Beer?

14 thoughts on “An Experiment with Beer Advocate’s Best: A Beer So American, You Could Salute It”