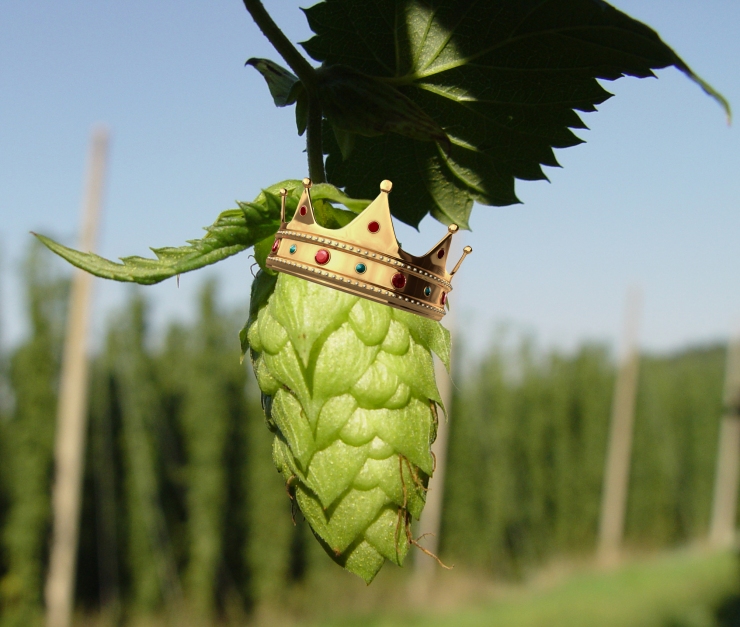 Last week, we took a glance at the geographic evolution of the IPA, from the West to East Coast and its latest hotspot, the Midwest.

That research was inspired by work first done by Carla Jean Lauter, which prompted me to think about IPAs, rankings and where the interest for this popular beer style comes from. While Carla highlighted the Northeast, my research led to curiosity about the Midwest.

Which led me to think … is a new region ready to steal the throne from the West Coast and be anointed “King” of IPAs?

Previously, I used Beer Advocate rankings to weigh the value of IPAs on a geographical basis. To me, this data set represents the most enthusiastic of the beer community, which might better showcase the “best of the best” IPA options. But if the vast majority of beer drinkers aren’t overly active on beer rating websites, we can try another route to potentially get a greater cross-section of IPA lovers.

For that, we turn to fellow statistically-minded beer geeks at BeerGraphs.

This time around, I utilized BeerGraphs’ handy customizable leader board to find rankable IPAs. I felt this was important because the Untappd data used by BeerGraphs represents the potential for a more casual collection of drinkers and raters, meaning we might get broader opinions on IPAs.

From BeerGraphs top-100 ranked IPAs on Untappd, I whittled the list down to 38 breweries/beers based on a simple test: a beer had to be distributed to more than one state and year-specific brews wouldn’t be repeated. For example, “Hopslam” appears once on my list, but not “Hopslam (2014).”

With that in mind, here is a heat map of where those 38 beers come from, weighted by the proprietary rating system of Beer Graphs called “Beer Over Replacement,” a numerical value to the perceived quality of beers based on the one-to-five star voting habits of drinkers on Untappd. (click to enlarge)

… and for good measure, here’s that Beer Advocate map again, which featured 34 beers/breweries weighted by the one-to-five rating system of that site (click to enlarge):

It’s easy to see the difference between the two when we factor in distribution practices – the West Coast dominates when you look at the BeerGraphs map. The general locations may be very similar, but the “heat” is heavily skewed toward the West Coast and even Oregon finally shows up with BeerGraphs’ data.

Here’s a breakdown of how BeerGraphs’ 38 beers look based on region:

OK, so that’s a little different from what we saw before, when Beer Advocate’s list highlighted 14 West Coast breweries out of a more evenly-split 34. Here’s the direct comparison between the two data sets:

But once we get deeper into the information, it gets really interesting.

What does this data mean?

A big reason the West Coast dominates the BeerGraphs data is because of Stone’s Enjoy By IPA, which has 10 total variants in the BeerGraphs’ list thanks to its ongoing, date-specific series.

But even if we take nine of those variants out and leave just one to represent all the Enjoy By brews, the West Coast still has 14 placements from BeerGraphs, which is almost double the East Coast and exactly double the Midwest.

So to try and even the playing field, I averaged BeerGraphs’ Beers Above Replacement (BAR) rating for each region and their beers. Here’s how that looks:

But what happens when we once again “equalize” the average Beers Above Replacement rating by removing the lowest nine ranked Enjoy By Beers by California’s Stone?

Well I’ll be damned. I realize the West Coast is potentially hurt by its number of beers on the list, but the averages show it – Midwest IPAs ain’t nothing to mess with.

… which leads me to think: why don’t we hear more about brews from this region?

Sure, Bell’s Two Hearted always does well on ranking lists and Hopslam is an annual whale, but maybe Surly or Fat Head’s do deserve to be included in conversations with the “best of the best” like Pliny or Heady Topper.

What do you think about Midwest IPAs? Have you had any? Are they worth potential hype?

Related: One Nation, Under Hops: A Geographical Evolution of IPA
+Bryan Roth
“Don’t drink to get drunk. Drink to enjoy life.” — Jack Kerouac

6 thoughts on “Bitter Rivalry: Is It Time to Name a New Region ‘King’ of the IPA?”