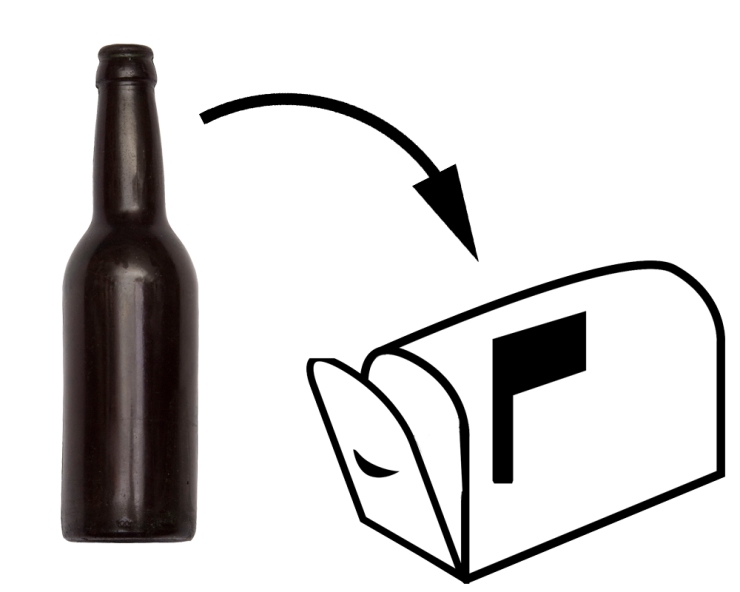 Want to get your hands on some Heady Topper? Pliny the Elder? The latest Hill Farmstead creation?

If you don’t live in New England or on the West Coast, chances are these White Whales of the craft beer world are out of your reach … but not out of the reach of others. That’s where beer trading comes in.

The craft beer community is vast and if you’re dead-set on finding some out-of-state beer you’ve never had, it’s easier than ever thanks to active trading communities across sites like Reddit, RateBeer and of course there’s a CraftBeerTrades.com. Hell, there’s even a language created just for beer trading.

But what are the tricks of the trade, exactly? With some help from fellow craft beer enthusiasts and avid beer traders, I’ve compiled a collection of tips and etiquette that can help you land the Beer of Your Dreams.

I started trading in 2007, after moving back to Maine after a stint living in the Pacific Northwest. I’d fallen in love with a bunch of breweries like Alaskan Brewing, New Belgium and Full Sail, which weren’t available back here. Combine missing these beers with a growing obsession (since subsided) for trying and reviewing as many beers as possible and it was a perfect excuse to start trading.
– Josh Christie, author of Maine Beer, coauthor of The Main Outdoor Adventure Guide and creator of Brews and Books (@jchristie)

I started trading so I could get beers not available in Ohio, specifically being Heady Topper, Pliny The Elder, and Westy 12.
– Tom Aguero, Queen City Drinks (@Tom_Aguero)

I had previously bought beer off eBay (when that was still an option) but learned it was less expensive and more beneficial to actually trade with someone instead of just buying outright.
– Nick McCormac, Drink. Blog. Repeat. (@drinkblogrepeat)

I’m part of a private Facebook group. People have to be invited into the group and vouched for and must remain active in some fashion. I’ve traded with a few people from Instagram as well, but I look into them first. If they’ve posted trade pics previously, if they have a blog, etc.
– Jesse Lane, Beer rep for Backlash Beer (@BacklashJesse)

I primarily use BeerAdvocate to find trades or communicate with solid trading partners I already have. I’ll browse the “ISO:FT” forum to see if anyone is looking for a reasonable trade, or I’ll start my own thread listing what I’m looking for and what I have to offer. Generally I’ll only post a trade if I know I have something of “value” to someone else. Offering a pilsner or brown isn’t going to get you the same responses as a BA imperial stout or a sour.
– Nick McCormac

I use Twitter! The people I converse with and hopefully trust to send me beer. You’re taking a chance trading with a stranger, but for the people I’ve traded with, I had chatted with them on Twitter prior to taking about a trade.
– Lynn of HopsCanary (@HopsCanary)

How to Ship Your Beer

Note: It’s illegal to ship beer through the US Postal Service and UPS and FedEx will only ship beer between licensed companies and consumers. If you want to trade beer, you have to get inventive. Many people declare their package as “collectables” or “yeast samples.”

[Shipping beer] is only against UPS and FedEx regulations, but they’re not a government entity, so if caught, they typically only either confiscate the box and write you a letter telling you to not do that again, or ship the box back to you, with the same letter. If you have an account with them, the account may be blocked if you’re “caught,” but creating an online account allows you to get a slight shipping discount, as well as print out labels at home. If you don’t do this, you have to bring the box to the FedEx or UPS store, they make the label for you, but typically they ask what the shipment is. If you print at home, you can just drop the box off, no questions asked, usually. Some people also create dummy companies (snowglobes, olive oil, marinades) that may help explain any liquid heard within the box.
– Jesse Lane

When I ship, I use the same method every time. For bottles, I tape the caps with electrical tape, then wrap the bottles with a few layers of bubble wrap, making sure to pad the neck and bottoms of the bottles. For cans, I tape the tab down and wrap them in a layer of bubble wrap before sealing them in a plastic bag. Organize everything carefully in the box so there’s not a lot of pressure on one thing and pad everything with bubble wrap, newspaper, etc. Also, always save the boxes and packaging materials you receive from your trading partner. Saves you from having to buy new stuff for your next trade.
– Nick McCormac

*Shipping to Canada?*
I’d suggest against courier companies as they X-ray and I’ve heard UPS sends it back. Use the US Postal Service for fewer headaches. That’s why people ship it as “collectible glassware.” I’ve had 3 shipments show up without any issues.
– Lynn

Being a Good Trade Partner

Communication is key. It’s not necessarily a big deal if you can’t track down a beer, or you’ll be shipping late, or you won’t be home to sign for a package – just make sure your trading partner knows about it! The only bad trades I’ve had were thanks to miscommunication. On top of that, I’ve always been a supporter of the idea of a bonus beer or two – something special or local or a favorite throw into a box in addition to the agreed-upon trade.
– Josh Christie

Get the box out fast and send a tracking number as soon as you have it. Always throw in one or two local only bottles as extras.
– Tom Aguero

Be upfront about the trade. Are you doing dollar-for-dollar? Bottle-for-bottle? Extras are nice, but not required. Good traders almost always do extras, whether it be a regular local beer, or something from their personal stash. It’s a nice gesture and almost always leads to repeat trades. The more you throw in, the better your chance of having something really nice sent your way as an extra.
– Jesse Lane

Beer karma is real. If you treat someone well or help make a trade go smoothly as possible, it’ll come back around. Maybe someone is dying to try something you’ve got but can’t shower you with stuff from their end. Be generous, and down the line it’ll come back in your favor.
– Nick McCormac

Why Not to Trade

While I long to try beers that are highly-hyped and not distributed here, I can’t justify it to myself .The cost, especially considering the wealth of beers already available in the DC-area, is too damn high. And DC has very flexible distribution rules. Basically, if a retailer or bar can buy it and transport it to DC, they can sell it to you. So, if you have a hankering for something, you can likely eventually get it at a place like Churchkey. Perhaps I would trade if I lived in more of a beer wasteland.
– Scott Probst, Beerbecue (@beerbecue7)
Note: I kid. Scott isn’t really a curmudgeon. He even traded once – with me. He’s a good guy and is lucky to have all the quality beer he needs nearby.

Got any tips of your own? Share them below.

If you’re new to trading beer, check out this handy language guide by Heather Vandenengel. A special thanks to everyone who sent in responses, many of which I haven’t included here. Check back for a collection of “extras” from my interactions with everyone.

14 thoughts on “Find Your White Whale Beer: Expert Advice on How to Beer Trade”