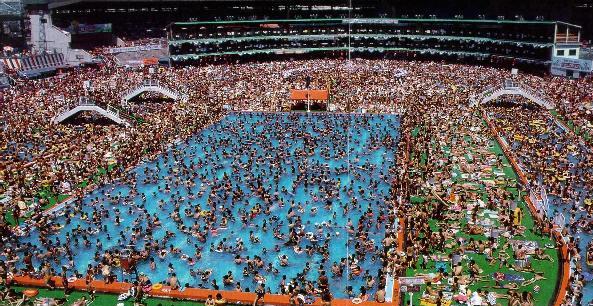 Thanks to a few recent posts on the Great Recession and the possibility of the “craft beer bubble” I’ve been thinking a lot about beer industry lately. I couldn’t help but chuckle when I caught this tweet from ABC/ESPN business reporter Darren Rovell recently:

Taxi driver says he wants to open a craft brewery. When taxi driver told me years ago he did real estate I knew the boom was done

I believe that Rovell’s tweet is mostly tongue-in-cheek, but I also think there’s some credence to what he’s saying. Not necessarily of whether the “boom was done” – craft beer sales are strong and brewery numbers are growing – but rather how anyone thinks they can get into the craft beer industry.  To once again paraphrase DigBoston‘s Heather Vandenengel: It used to be about making great beer to make money, now it’s a matter of whether operating brewers have the money to make great beer.

That’s why I’m a little dismayed to see the Brewer’s Association pumping up the release of the second edition(!) of their Guide to Starting Your Own Brewery by Dick Cantwell. Or, you can simply head over to Amazon and find a handful of books that will teach you how to open your own craft beer business.

I am not against people pursuing their passions and I’m certainly not against the idea of more (good) beer. I am against providing people with a spark of an idea that for the low, low price of $95 you can buy a book that will guide your path to going pro.

My feelings are a bit exacerbated by an online certificate program available through Portland State University in the “Business of Craft Brewing,” which promises that “[b]y the end of the program you will have an investor-ready business plan for your own craft beverage business.”

Just like any other beer-loving fool, I want this industry to thrive as much as possible. I just get a little weary when people get into craft beer because … well … they can.

So what happens if our taxi driver starts that brewery? Does he succeed? Does he make lousy beer? If it’s the former – wonderful. If it’s the latter – no matter how small a brewery – it reflects on the industry and not just one person or business.

If we live in a climate where everyone wants to make and sell craft beer, is that a good thing?

15 thoughts on “Everyone in the Pool! The Rush for a Craft Beer Business”