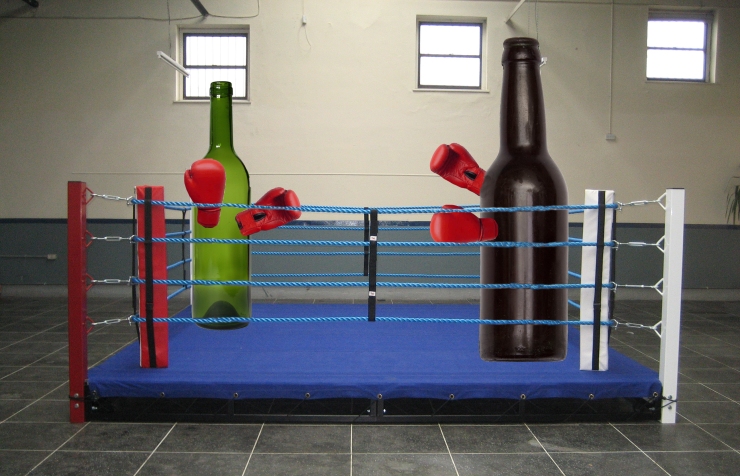 Like a lot of beer nerds, it was hard to miss your recent New York Times piece about beer in large bottles, “Craft Beer’s Larger Aspirations Cause a Stir.”

Like a lot of beer nerds, I was confused. Are large bottles really a big deal? (no pun intended) Who is actually upset about beer in big bottles? Couldn’t there have been more context, history or sources quoted?

I’m really glad that Jay Brooks over at the Brookston Beer Bulletin decided to write something about it. You should really check it out. I think it’s what your reporter was shooting for. And pretty much missed.

But what got to me, sir/madam, was that the story really wasn’t about big bottles, per se.

It seemed to be about a “connection” that lots of people make about craft beer. Because, well, gosh darn, these days I guess beer is fancier then some people remember. And if beer is fancy, it surely must be the “new wine.” Since – as I’m sure you know as editor of the food and dining section at the New York Times – people think wine is fancy.

Look, I think you do a great job, but I’ve gone over this before. I understand why stories and headlines like this sneak into print. The “beer is the new wine” connection is easy. You have to sell papers and online subscriptions. You have to write stories (and especially headlines) that are easily digestible and will make someone stop and read. That’s not easy.

And I’m sure the reporter doesn’t spend all his time covering beer. He’s not as intimately familiar with beer history as someone like Jay Brooks. That’s OK.

But the context of the piece doesn’t excuse a lack of good reporting. Or the fact that it’s time to stop the beer-wine comparison and change things up.

It’s time to take a hint, editor! When “is beer the new wine?” stories pop up and beer writers far and wide complain, maybe think twice about your approach.

Sure, it’s easy for mass audiences to understand the idea that beer is “the new wine” because some recipes use exotic ingredients or people (gasp!) want to pair beer with food. But because it comes in large bottles? Well, sir/madam, beer has come in larger than 12-ounce bottles for over 100 years in the U.S. alone.

Maybe beer comes in big bottles because of bottle-conditioning tradition, like in Belgium. Or maybe it’s because people like variety in their beer vessel of choice. That whole beer in a can thing is doing OK, too. Like, $32.6 million in 2012 craft beer can sales OK.

While craft beer is made for people to enjoy, it’s also made to make money for the companies who brew it. If the market for large bottles – or cans for that matter – was problematic to the business, beer probably wouldn’t be sold in such a fashion.

So it’s OK that beer comes in big bottles. It’s OK that people want to share beer with friends.

Let’s just just get a little more inventive with those stories and headlines.