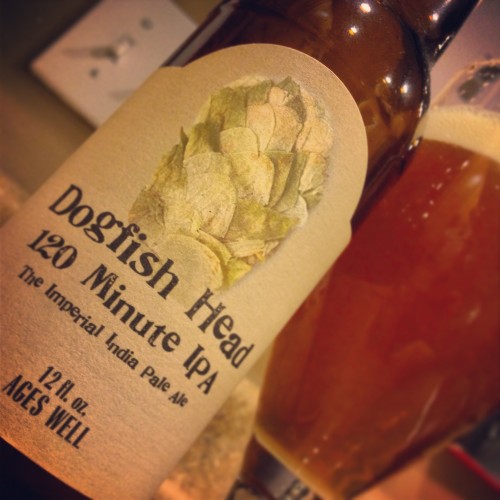 Maturation of 120 Minute over a year is shocking. Gone are overpowering and sometimes bitter scents brought on by 120 IBUs in lieu of something more akin to barleywine. Biscuity aromas shine over subdued hops, which try to strong-arm their way into your nose at the end of each inhale. Any hop aroma smells more dank than anything.

Plenty of heat from the 18 percent ABV makes this beer obviously more difficult to drink than any imperial IPA on the market, however the brew’s sweet maltiness combines with a honey flavor to ease it a little. Intense hop bitterness remains from its early life. 120 Minute is no longer an IPA fit for hop heads. It’s more whiskey than beer.